Save Extra Use Code  BLACKFRIDAY  At Checkout 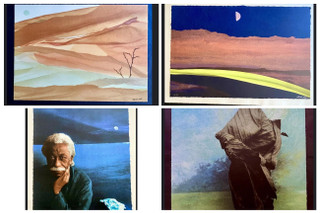 Renowned for his documentary photo-journalism, Gordon Parks was also a celebrated musician, writer, and film director.

Among his numerous accomplishments, the multi-talented Parks was also an author, poet, and composer. He was also the director of the 1971 detective film, Shaft (starring Richard Roundtree).

His accomplishments are too numerous to list in this blog post, but it is sufficient to say that he didn't waste any of his 93 years here on earth. He passed away in 2006. He was 93 years old.

In 2004 Gordon Parks collaborated with S2 Editions, Atelier in Las Vegas, Nevada, to create a small series of Fusion Photo lithographs. These limited edition lithographs are based on some of his still-life abstract color work in which he painted backdrops and then photographed the objects against these backdrops.

Each of the seven fine art lithographs in the series is limited to 90 pieces. Each is hand-signed by Gordon Parks. S2 Art created the lithographs using a proprietary fusion printing that combines digital photography with the old hand-pulled lithography process. The lithographs are hand-pulled on a 135-year-old French Marinoni press.

This series represents the first time Parks has ever signed and editioned anything making these seven images extra special. In the end, he was captivated by the vibrancy and painterly quality of the prints. 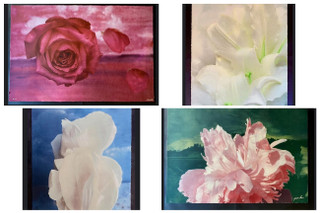